The Flanders Bridge is open for business 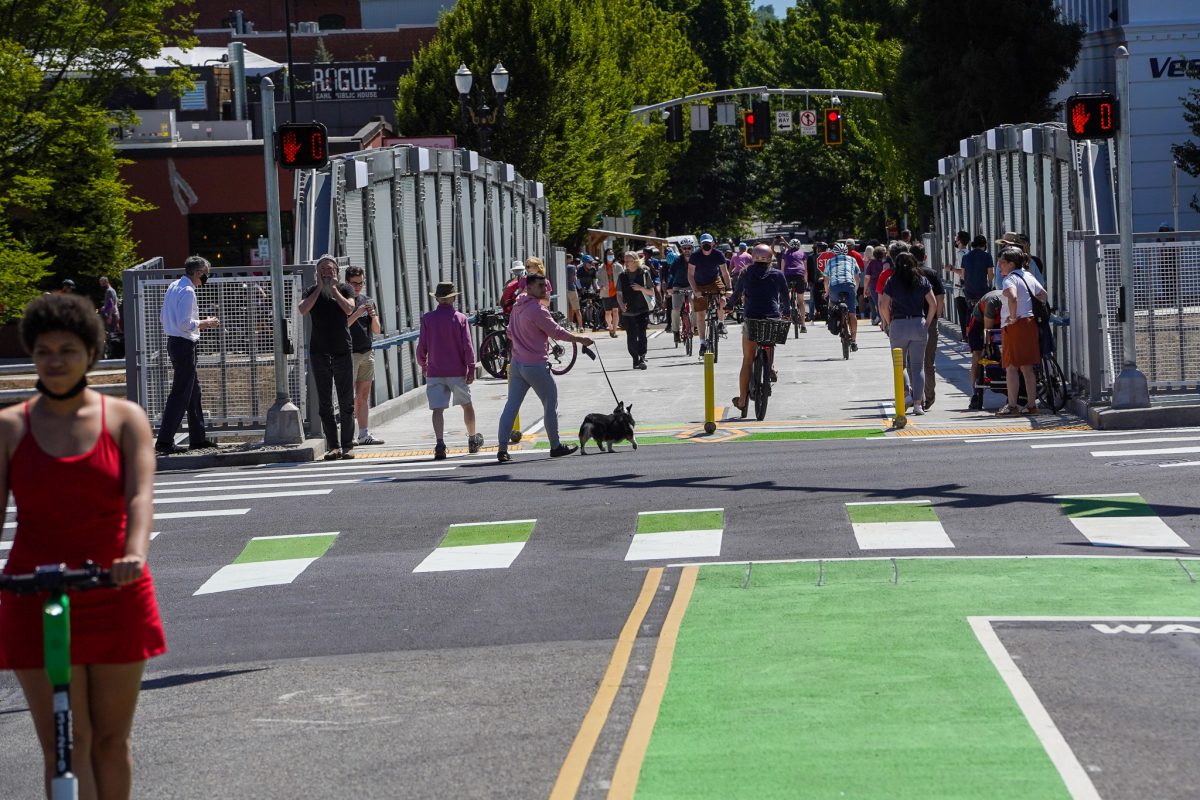 Portland opened the Flanders Crossing Bridge today; and with the snip of a ribbon, one of those “lines on a map” that advocates stare at with hopeful longing actually became a real, tangible thing.

The $9.5 million bridge is 24-feet wide and stretches 200 feet across I-405. It’s the only seismically-resilient bridge across the freeway in Portland. It was built to withstand a 9.0 magnitude earthquake and is expected to be used by emergency vehicles in the event of a disaster. The bridge unlocks safe, convenient, access to tens of thousands of employees and residents in the Pearl and Northwest districts. This project is a massive win for the people of Portland, our economy, and our planet.

Referred to in city planning documents since 1972, the Flanders Crossing Bridge marks significant progress for active transportation infrastructure in Portland.

In addition to the bridge, the Portland Bureau of Transportation has invested millions into an accompanying bikeway. There are new signals at 15th and 16th as well as new lane striping and traffic calming that will reduce the number of drivers on Flanders and make bicycle riding less stressful. It’s a rare neighborhood greenway in the central city.

At the opening today, several insiders recalled how close we were to getting a bridge installed here in 2008 when PBOT Commissioner (and former mayor) Sam Adams hatched a plan to re-use the old Sauvie Island Bridge. By all accounts it would have worked beautifully; but Adams opted to ditch the plan when the politics got dicey. He still deserves a lot of credit for pushing the idea forward. Adams’ plan was the spark that create the fire for local advocates to keep fighting for the project.

Pearl District Neighborhood Association Board Member Patricia Gardner was at the front lines of that 2008 push. “I would say today is bittersweet because I know we could have had it over a decade ago… But the sweet part? It feels sweet!”

“It absolutely fits into my vision of where we’re headed,” said a jovial Jo Ann Hardesty, the commissioner-in-charge of PBOT. “I’ve been talking about creating these carfree areas where people can walk and bike, and just be — and this fits right into that.”

For PDNA Planning and Transportation Committee Co-Chair Reza Farhoodi, this new route is a game-changer. “Flanders really creates the backbone for active transportation in this neighborhood.” Farhoodi helped write the State of Oregon grant application that helped spur construction. He said their pitch focused on two things: seismic resiliency and economics. “We were able to make the case that this was not just about bikes and peds. It was about access to jobs and building a resilient network, and I think that really resonated.”

Asked what it’s like to actually see it open after so many years of planning, Farhoodi added, “It really is a surreal moment.” “I started at the neighborhood association in 2012 and if you would have told me that a decade from then we’d be opening a brand new bridge, I would have thought you were crazy… To see this finally open. It feels like a dream come true.”

Just a few miles across town, PBOT is prepping to build another carfree bridge over a freeway. The Earl Blumenauer Bridge that will connect the Central Eastside to the Lloyd via 7th Avenue has been delayed while PBOT waits for the State of Oregon and Union Pacific Railroad to give them a green light to span Sullivan’s Gulch. That should happen mid-July and the bridge is expected to be open in early 2022.

Stay tuned for more coverage. Not it’s time to celebrate! Thank you PBOT! 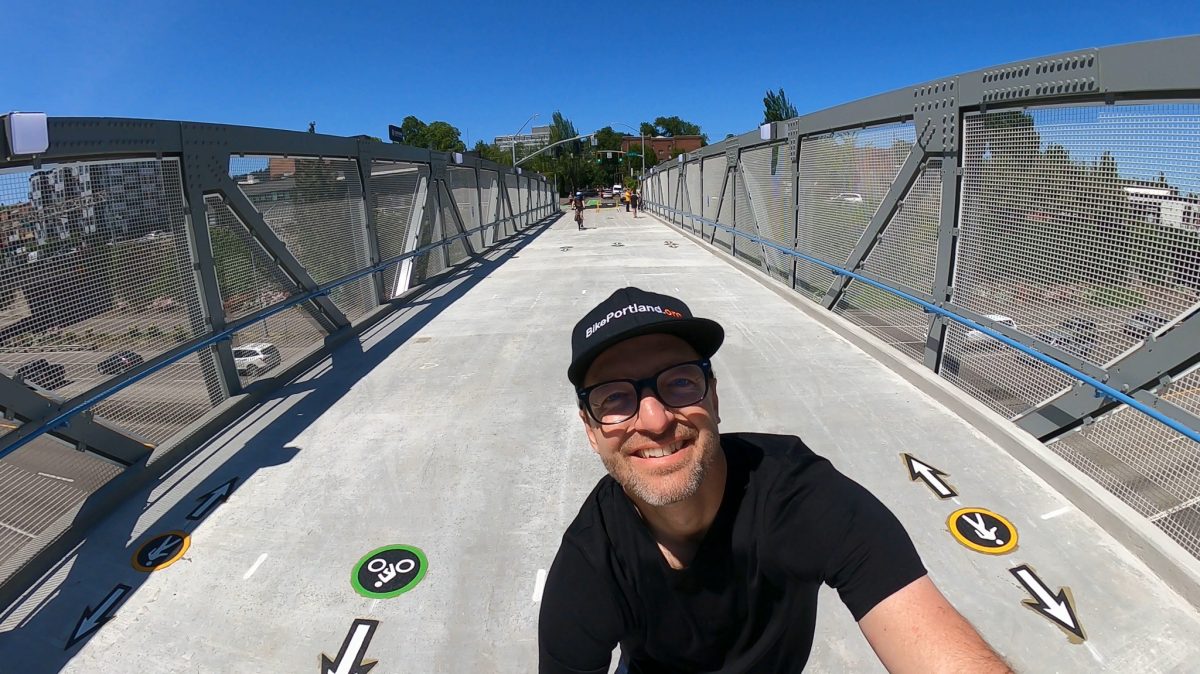